Debating the merits and demerits of social media

Debating the merits and demerits of social media

The pupils in sixth class have been learning a lot about internet safety this week. They were taught about the pitfalls of social media in terms of image rights, agenda based humour and cyber-bullying. During one of their English lessons this week, the class was surveyed on their opinions about social media. One half of the class were adamant that social media was more risky than safe while the other half felt the opposite. To challenge their thinking, each side had to plan arguments to counter their real feelings on the matter. Once their arguments were formulated, the stage was set for a debate (using a makeshift podium). The winning group made some outstanding arguments which highlighted the risks associated with social media some of which included social exclusion and agenda-based gossip. The way each group articulated themselves was really impressive so well done to everyone on participating in their first debate. 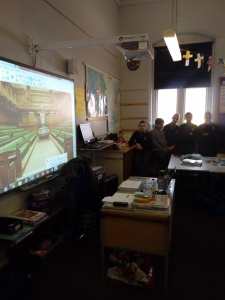 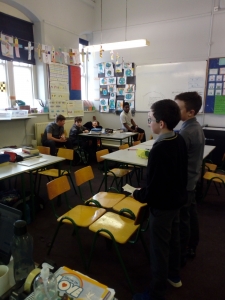 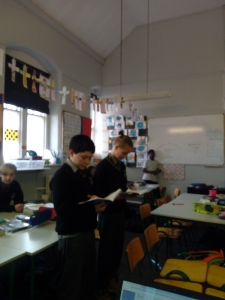 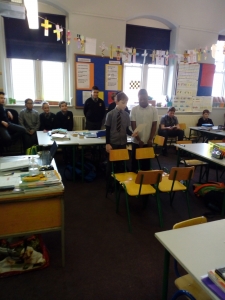