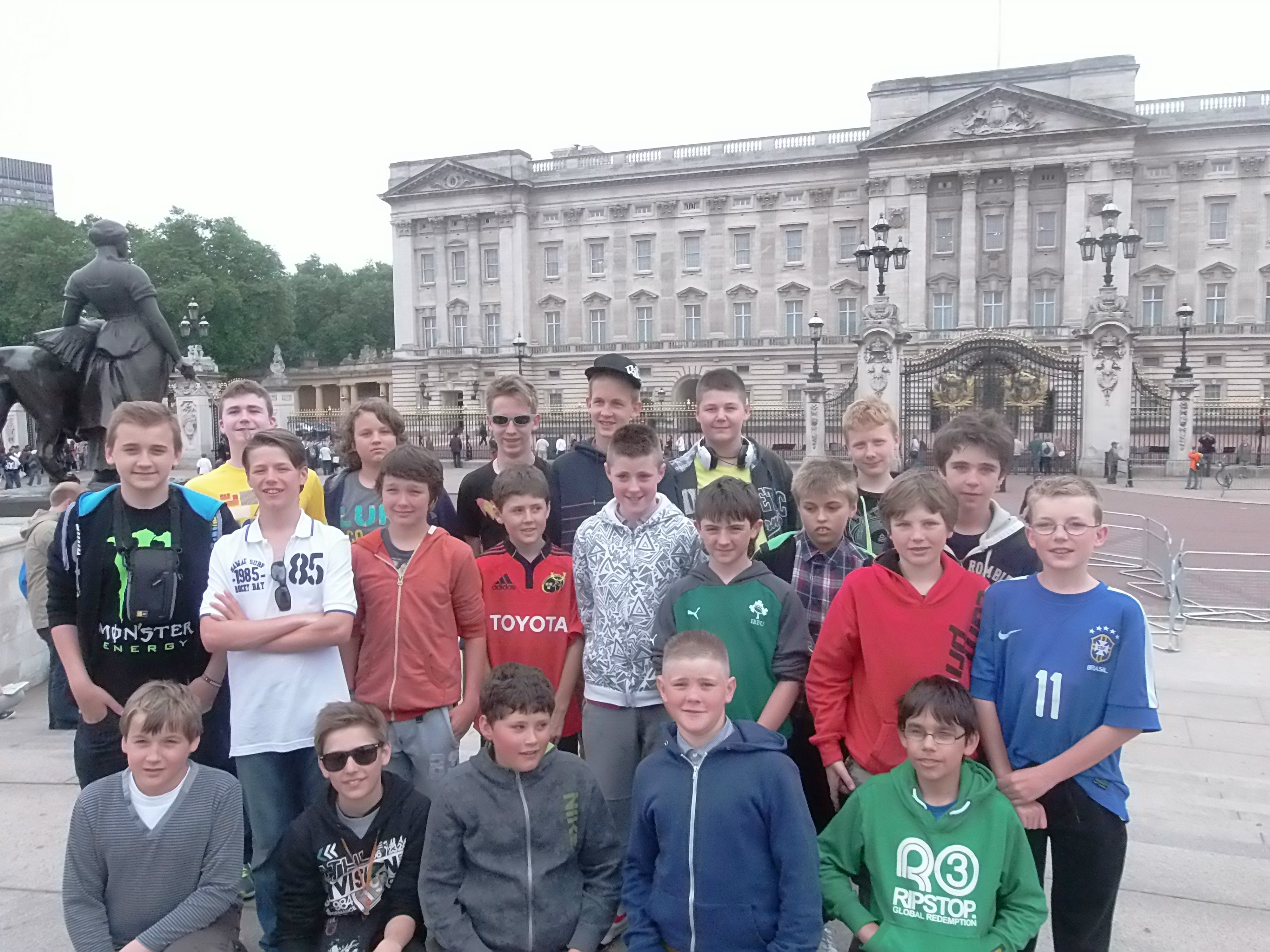 On June last, the students of sixth class in Bishop Murphy Memorial School, Fermoy went to London on their School Tour. This was the sixth visit to London for the school and an unforgettable time was had by all. The tour was led by class teacher and Principal Mr O Donoghue, along with teachers Mrs Dillon and Ms Marshall and Sna Lena Barry. The tour was a rip roaring success and for many of the students, it was a highlight of their five year tenure in the school.

The group congregated very early in Cork Airport, abuzz with excitement and anticipation and thereafter departed for Stansted Airport near London. A short bus journey later and the boys were immersed within one of the most exhilarating cities in the world. Historical landmarks were “ten a penny”. The group visited Trafalgar Square, Tower Bridge, Piccadilly Circus, Westminster Cathedral and Abbey as well as Buckingham Palace.

Hearts fluttered momentarily among the group as a sighting of Queen Elizabeth II had been announced by one of the students. Alas, it happened to be an elderly lady of similar stature!

Nevertheless, the boys were greatly entertained by the guards at the palace as they conducted their routine in the fantastic summer sunshine. London Eye provided the pupils with a breath-taking sight of the London panorama. Big Ben was seen up close in its elegance and majesty. The boys were eager to gather mementos and memorabilia for their loved ones at home. No better place to visit then, than the expansive and ultra-modern Westfield Shopping Centre at Stratford. Under the close supervision of the school’s staff, the pupils dashed around frenetically as they attempted to acquire the most unusual wrist bands emblazoned with references to London. 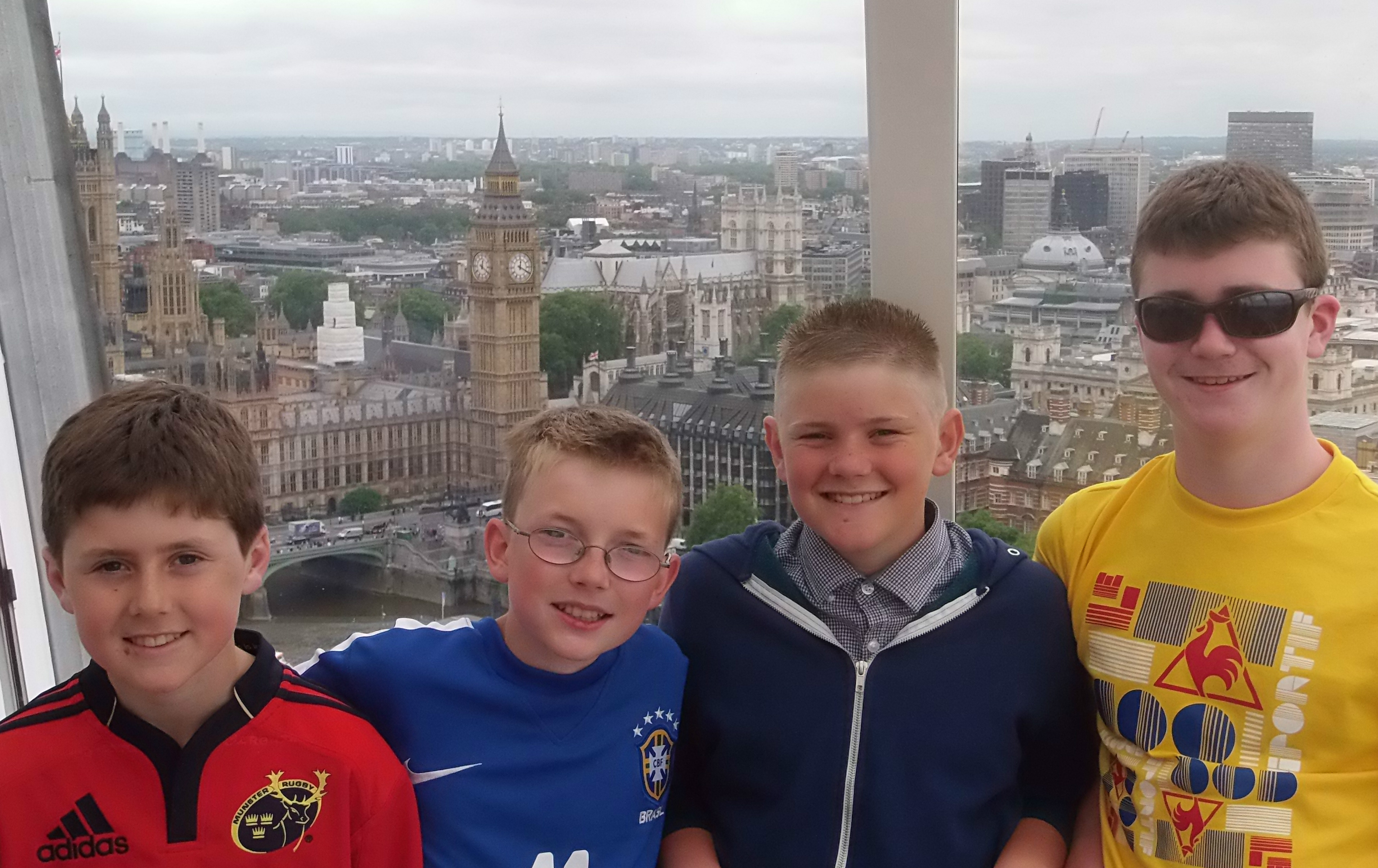 A view of the exceptional Olympic Stadium and Park left many of the students awestruck.  A flight home from Stansted to Cork was all that awaited the school tour party. The pupils were still “on a high” upon meeting their parents at Cork Airport that night, eager to let their families know about the day’s events. It was a marvellous day. The staff highly commended the students for their immaculate behaviour on the day and the staff themselves were thanked by grateful parents for undertaking such a responsibility. Now in their respective secondary schools, the boys of Bishop Murphy Memorial School can look back with fond memories of their final days in primary school.