Meet and Greet with children’s author

Meet and Greet with children’s author

It’s been a busy term for the avid readers of sixth class and one of the highlights this term was a meet and greet with children’s author Dave Donohue. The children got the chance to ask Dave a plethora of questions about the writing process and in particular how to formulate a good story. Dave explained the background behind his most famous character Walter Speazlebud, a mildly dyslexic boy who has the power of noitanigami (imagination backwards) as well as the ability to spell any word backwards at rapid speed. Dave read some extracts from Moonman, the book in which Walter features. He then got to children to participate in some fun interactive games to see if anyone had “noitanigami” super powers! A backward-spelling competition ensued whereby the winning pupils received certificates for spellings words such as “hippopotamus” backwards at a rapid speed.  Another fun feature in Dave’s session involved the pronunciation of pupils’ names backwards to see how different they sounded. Many thanks to the local library in Fermoy and especially to Dave Donohue for facilitating such a great reading session with the children. 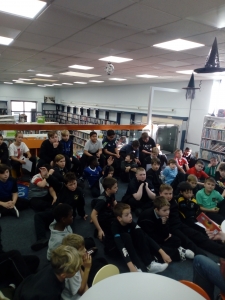 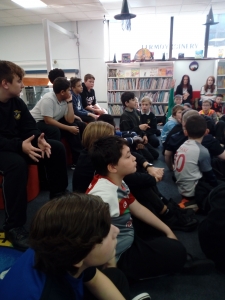 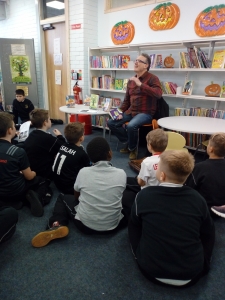 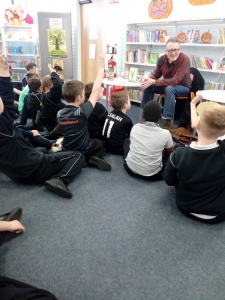 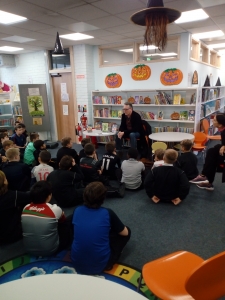