This week 3rd and 4th class studied all about  the Ancient Egyptians.  We used our  ipads to look up information on the Egyptians and the children created their own project based on the topic.

In 1922 an archaeologist called Howard Carter discovered the steps to the tomb of Tutankhamun.

Egyptian writing is known as hieroglyphics.  It is made up of over 700 pictures. 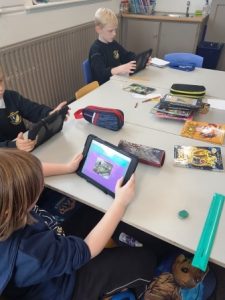 The children also got the opportunity to design and  create  their own Egyptian collars and masks. 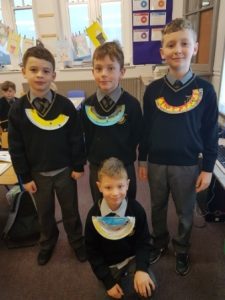