Two in a row Champions for BMMS

Two in a row Champions for BMMS

The BMMS Senior Soccer Team created school history yesterday in Carrig Park by winning back to back Euro Eddie Soccer Cups for the first time.

Over thirty teams and 200 pupils from schools both far and wide flocked to the venue for this highly competitive event. Three teams (2 senior and 1 junior), 36 pupils, 4 teachers, 2 snas and many parents basked in the glorious sunshine in what turned out to be a tumultuous day for the school. Each team did our school proud, but it was our Senior team that stole the show in the end. The day began with a 6-0 victory versus Ballynoe Ns. The semi-final saw our boys pitted against Glanworth Ns. The team turned on the style to win 9-0 in the end. The quality of the football being played was quite something to behold. Skill and style combined with heart, determination and teamwork. The team was cheered on by our B team and our Junior side as the excitement and anticipation of a final loomed large.

The final was a local derby versus Gaelscoil de hIde. The boys dominated the game from start to finish and strode to victory on a score of 4-0. What makes the achievement even more remarkable is that the team have now won back to  back titles without the concession of a solitary goal. The team were presented with the Euro Eddie trophy and their medals. Captain James O’Brien held the trophy aloft and made a short speech. He thanked Mr O’Donoghue and Mr O’Sullivan for bringing the team to the tournament. Mr O’Donoghue told the the team of his pride in them and how they will be remembered as the best ever BMMS soccer team. The opportunity is there now for the younger boys to step up next year and go for a three in a row! 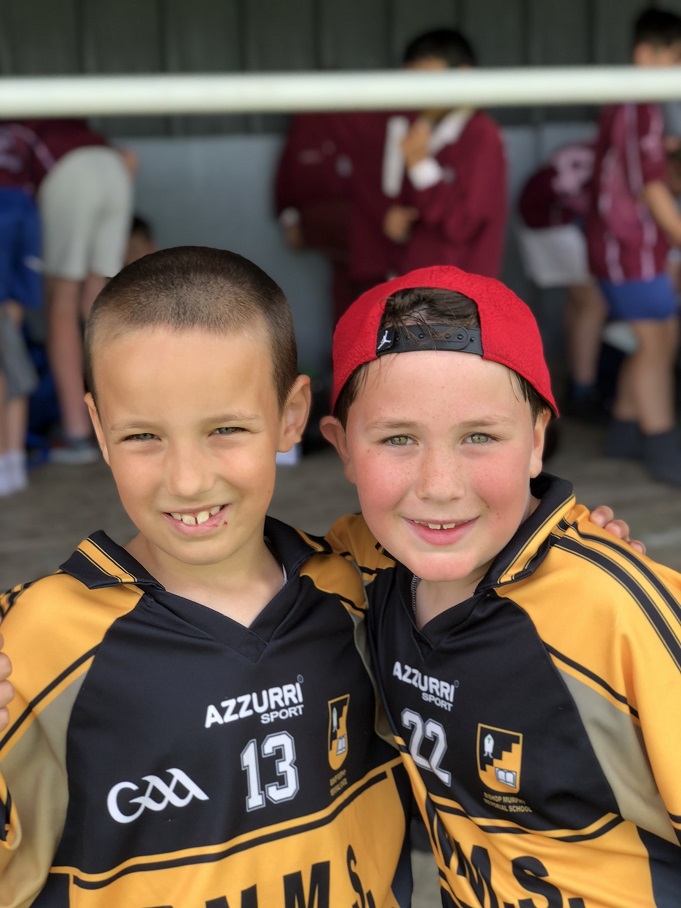 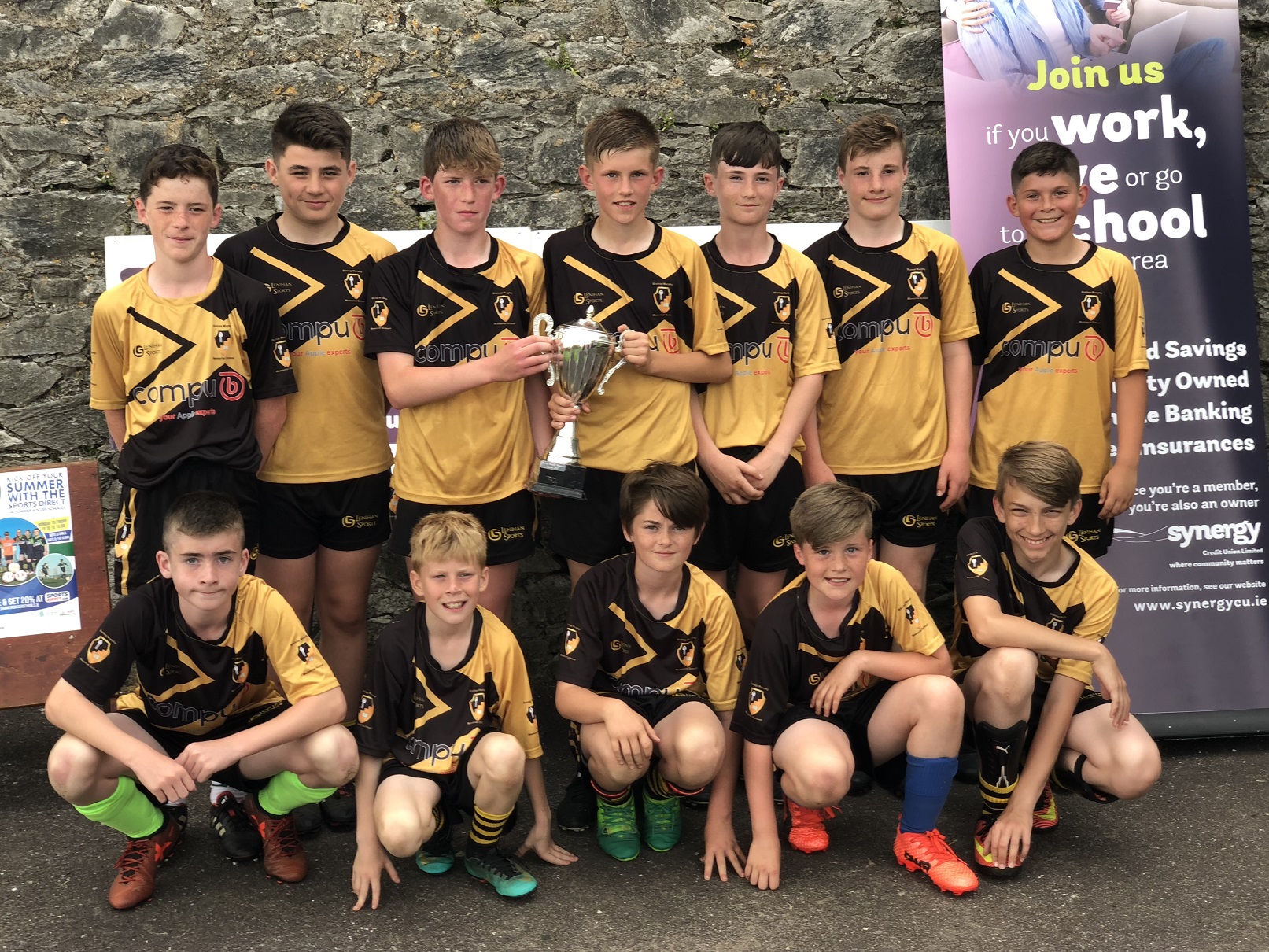 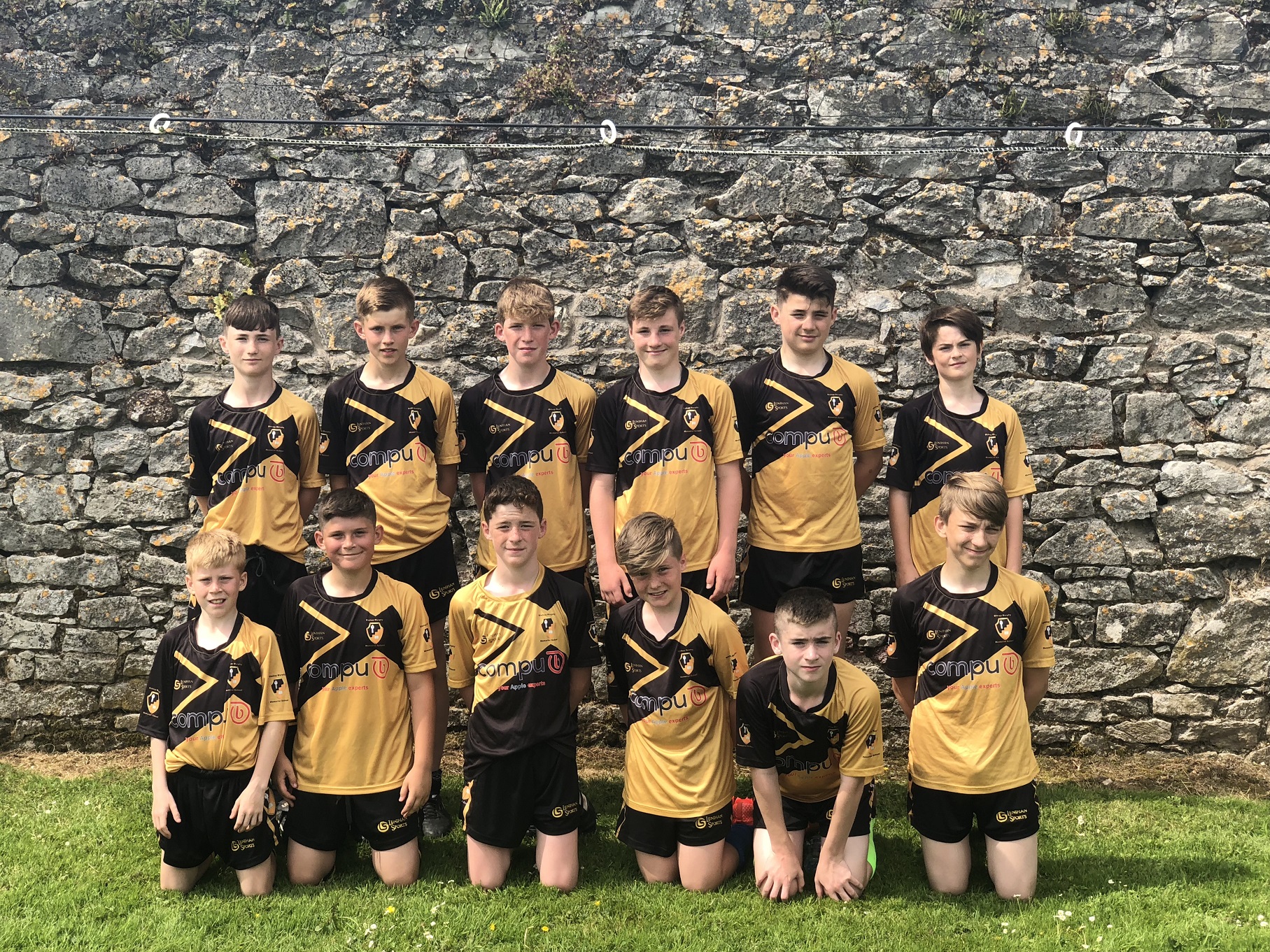 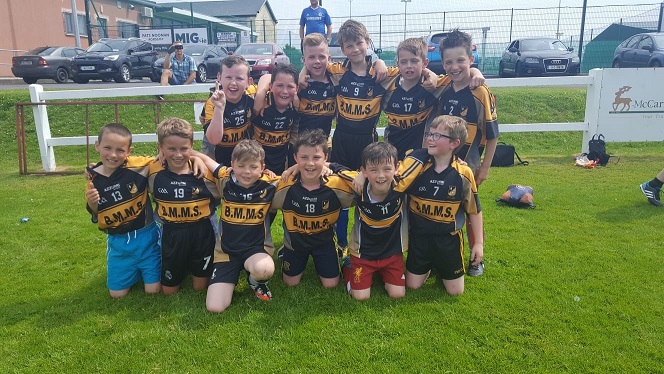